Before making a decision, release your fear of making the wrong one.

What if every decision you’ve made has been the right one?

What if making the “wrong” decision was impossible?

How would that change the way you show up?

How would your attitude about yourself and your life change if you believed that every decision you’ve made was the right one?

Because here’s the thing…

There can’t be a wrong decision. Every decision you make is the exact right decision for you at that moment.

Some decisions have more desirable consequences than others, for sure.

You can make decisions from fear rather than truth. And those might feel wrong.

Decisions made from fear have a higher chance of being regrettable choices.
But they aren’t wrong.

YOU are the ultimate authority on your life.

If you don’t like what you’re experiencing then it’s time to start making different decisions. But that doesn’t mean the decisions you’ve made up until now have been wrong.

A decision in and of itself is neutral—it simply is.

The meaning you attach to the decision is what deems it “right” or “wrong”. (Maybe it’s time to take a look at some of those so-called wrong decisions and rewrite the story you’ve been telling about it.)

Second, if it were possible to make the wrong decision then you wouldn’t receive any benefit from it.

A lesson is a benefit. Some lessons are painful mofos to be sure, but they’re still benefits.

There have been times when I’ve been sure that I made a wrong decision yet once I explored the outcome of it I realized that it brought unexpected blessings. If it brought a blessing then it couldn’t have been wrong, could it?

It’s not that we make “right” decisions and “wrong” decisions, rather it’s the fear of making the wrong decision that holds us back.

The fear holds us back from making soul-aligned decisions.

The fear traps us inside our stories, beliefs, and conditioning—keeping us from making soul-aligned decisions.

The fear keeps us from making decisions as our Most Abundant Self.

As you make decisions today notice the fears that arise.

Tap into your Most Abundant Self and make your decision from that place.

Remember, you absolutely can Love Your Life and Live Your Dreams. It all begins within. 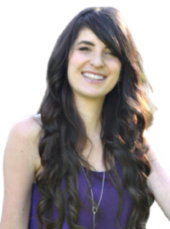 I'm Natalie, and I'm pleased to welcome you to my little corner of the internet. I'm a mindset coach and business strategist for women who know they were born for more and are ready to claim it.

Outside of business, I'm a kitty mama, meditation-lovin' vegan, with a daily workout obsession (1,578 days and counting!), who loves the wrtiten word.

The Power of Choice is Always Yours

END_OF_DOCUMENT_TOKEN_TO_BE_REPLACED

What makes you happy?

END_OF_DOCUMENT_TOKEN_TO_BE_REPLACED

This Is Your One Life.

This is your ONE life.   How have you been living it? Are you living it so that on your death bed—which could be tomorrow, next week, next year, in ten years or decades from now—you’re proud of how you lived? Or have you gotten lazy? Become complacent.  ...

END_OF_DOCUMENT_TOKEN_TO_BE_REPLACED

It’s Not About Action For Action’s Sake

It's not about action for action's sake.   You don't take action just to take action. You take action because it’s your next aligned step. There is a difference between action and aligned action. Sometimes when you don't feel like doing the thing you know you...